Can you push web survey respondents to complete questionnaires on their mobile phones?

I am back from some great holidays, and am revisiting some of the research I did over the last 2 years. Back then, I would have not expected that I would become so interested in doing survey research on mobile phones. I do think that a little change of research topic does one good.

I have written two papers with Vera Toepoel on how to do surveys on mobile phones. The first question we had was whether people were actually likely to do a survey on a mobile phone. Last year, Marketresponse, a probability-based web panel in the Netherlands, had changed their survey software so that questionnaires would be dynamically adapted to mobile phone screen settings, and navigation methods. They then informed their respondents about it, and encouraged them to try a short survey on shopping behavior on their smartphone (if respondents had one).

We found that of those respondents who owned a smartphone, 59% chose to use it when encouraged and were positively surprised by this finding. Even with quite little encouragement, survey respondents are willing to try completing the survey on their mobile phone. Also, we found little reason to be worried about side-effects of encouraging mobile survey response. 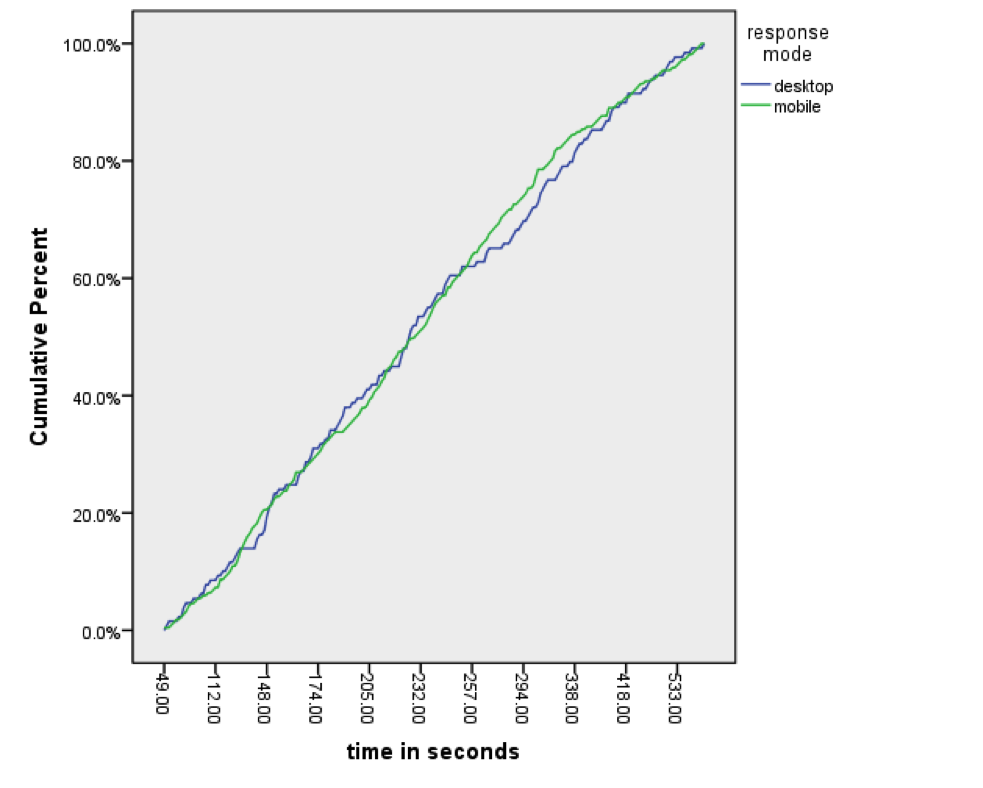 The full paper can be found here. There are a few potential caveats in our study: we use a sample of experienced survey respondents and did not use experimental assignments, so self-selection into device could be selective beyond the variables we studied. So far however, it really seems that web surveys on a mobile phone are not very different for respondents than traditional web surveys.
Geplaatst door www.peterlugtig.com op 7:06 PM